Temple and Pagoda ruins along Inle Lake are numerous. The tranquility of this area speaks to the senses. Many of the pagodas and monasteries are in ruins and have been taken over by vegetation with the occasional stucco carving of mythological creatures still maintaining their guard over the pagoda and the occasional large statue of a Buddha still standing, a reminder of of a once splendid pagoda and a bygone era.

There are numerous Monasteries and ancient ruined Pagodas situated on either side of the long narrow winding canal that joins Inle.

The most famous monastery on Inle Lake is Jumping cat monastery “Nga Phe Kyaung” which has been an attraction to tourists for several years, the name given because of the cats that have been trained to jump through a hoop.

A few monasteries such as Phaung daw oo pagoda are well maintained and well attended by the local population.[/vc_column_text][/vc_column][/vc_row] 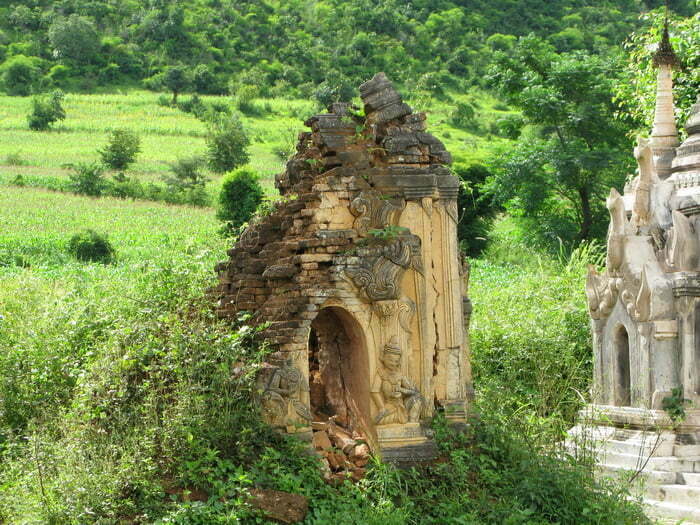