The Buddha image is seen here standing on a single lotus pedestal with a four-tiered decorative incised crown on top of an incised band around the forehead. A large, rounded finial sits on top of the crown with decorative carved flanges flanking the head and shoulders. Two large decorative incised earrings hang over the shoulders of each ear, similar to those seen on the Jambhupati-style Buddha statues from Arakan.
Read More

The edge of the robe is nicely carved in a wavy pattern, Incised arm rings decorate the upper arms and the upper body representing jewels worn by a King Buddha, also referred to as a Jambhupati Royal King Buddha.

Shwebo capital, located near the Pyu city-state of Hanlinl was known as Moksobo up until 1752 AD, it was the native town of King Alaungpaya who founded the Konbaung Dynasty, the royal capital of Burma between 1760 and 1764. In 1760 King Alaungpaya died of an illness while on a campaign in Siam, his successor King Naungdawgyi (Alaungpaya’s son) moved Shwebo to the Sagaing division in an area located close to the Ayeyarwady River, approximately twenty kilometers southwest of Mandalay located on the opposite side of the river. 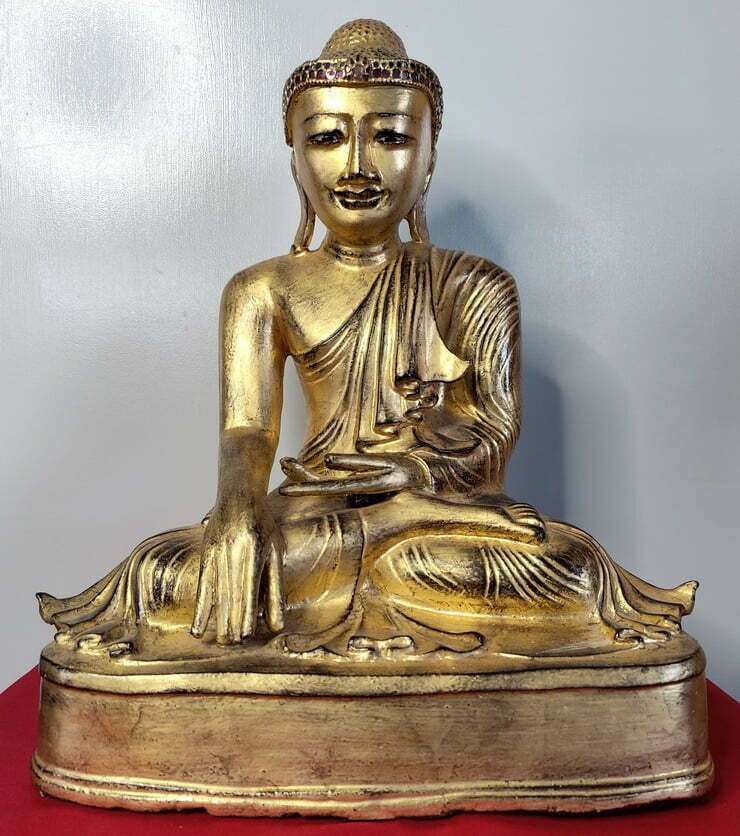 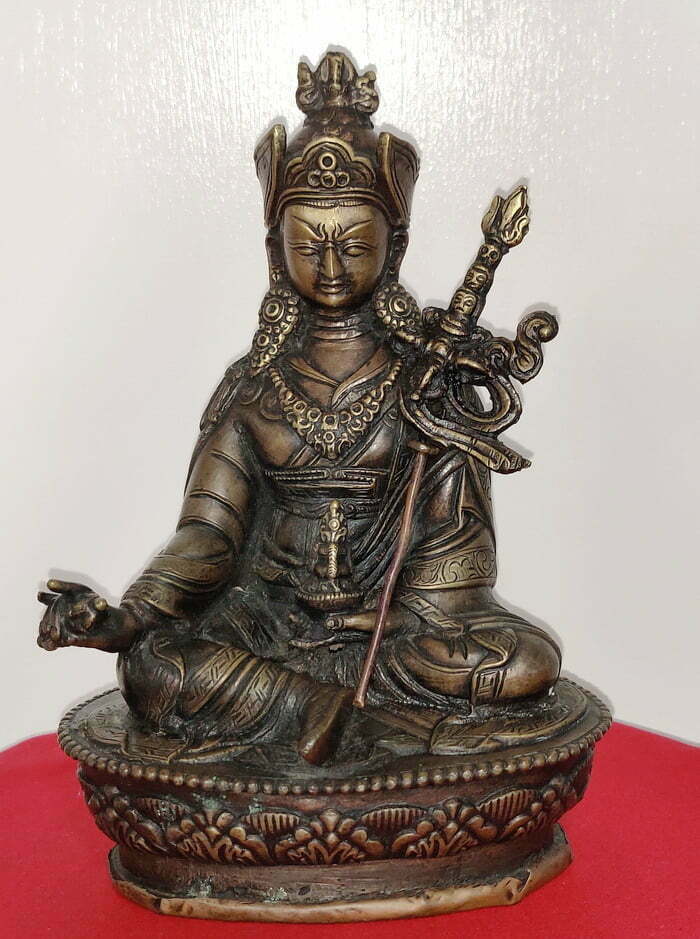