This Rare Intricate Buddhist Andagu Stone Eight Scene Stele dating to the 11th-12th century is an amazing testimony to the master craftsmanship in the creation of such intricate and finely detailed workmanship during the Burmese Pagan period.

To create these intricate scenes so perfectly by hand must have involved a lot of love, time, and labor dedicated to the Buddha in depicting the most important events in his life leading up to enlightenment. We never cease to wonder about the person who must have spent many months carving and chiseling the intricate figures into the stone in such detail.
Read More

The central figure of the Buddha image in this stele is seen here with a large, pronounced nose, thick lips, mouth slightly upturned at the corners, eyebrows meeting in the centre, eyes gazing downwards with large, elongated ears touching the shoulders.

The facial expression and features of the Burmese Pagan Buddha statue vary, unlike those of the Gupta and Indian styles where the facial features followed a more idealistic human-like appearance.

Learn more about the individual scenes 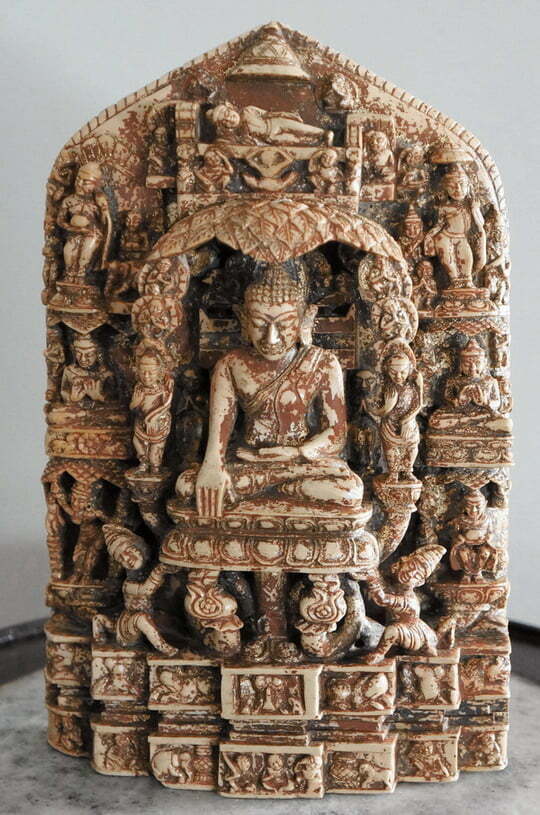