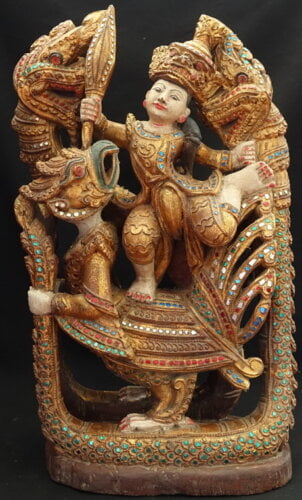 Origins of Naga Worship in Buddhism

The Origins of Naga Worship in Buddhism and Hinduism as well as many other ancient cultures around the world is likely to be one of the oldest known devotional practices by mankind and especially so in India. The Nagas are depicted prolifically in ancient Indian sculptures as well as scriptures and the epic Indian stories of the Mahabharata and Ramayana refer to Nagas in numerous ways.

In ancient India metaphysics formed the foundation of philosophical thinking, it was referred to as Darshana, literally meaning showing the path (in life). During the sixth century, BCE two new religions evolved, namely Jainism and Buddhism which presented different philosophical views which had a profound influence on the people and modified the religious practices of the time. The primitive races who worshipped the Nāgas also embraced the new religions, especially Buddhism.

Thus, the Nāgas played a vital role in the history, evolution, myth, and legend in both Hinduism and Buddhism as semi-devatas and are worshiped alongside the foremost gods such as Vishnu, Siva, and Buddha.

Origins of the Naga

The word Nāga has been used in India in more than one way, it refers to the ordinary and to the deified snakes, as well as to those people who claimed their descent from the Nāga parent or parents in Nagaland, it is an area located in the hills and mountains of the north-eastern part of India, bordering the Indian states of Assam in the west, Manipur in the south, Arunachal Pradesh in the north, and the Sagaing Region of Burma to the east.

Scholars have expressed different views when referencing the word Naga, one such scholar Samuel E Peal a British Lay Ethnographer and Botanist in 1877 wrote in his book ‘Vocabulary of the Banpara Nagas’ that the word Naga is probably derived from ‘Nogo’, a hill tribe which was known to the Assamese for centuries, while ‘Noga’ (meaning naked) is derived from the word ‘Nok’ which means ‘folk’ in some of the hill tribe dialects. In Burma, the word ‘Naka’ refers to the tribal people with holes in their earlobes. 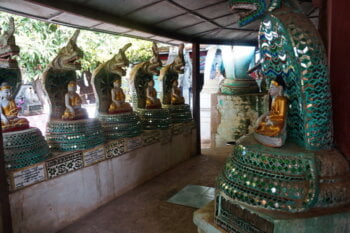 Another theory is that the word Nāga is derived from the Sanskrit ‘Nag’, interpreted as a mountain, which in turn describes the people who live in the hills as Nagas. Be that it may, it is interesting to reflect that the appellation Nāga was quite foreign to the Nāgas themselves until very recent times. According to Capt John Butler (1876) who studied the vocabulary of some of the dialects spoken by the hill tribes living in the areas now known as Nagaland, there was no generic term applicable to the whole race and they merely used specific names for a particular group of villages. The appellation Nāga was given to these hill tribes by the plains people.

In the Bhagavad Gīta, Śri Kṛṣṇa says, “I am the Vāsuki among the Serpents”, and I am the “Śeṣa among the “Nāgas”. The difference between Sarpā and Nāga is unclear but both Naga and Sarpa are generally believed in Hinduism and Buddhism to mean snake and it is used synonymously today.

Pandurang Vaman Kane (1880 – 1972), a notable Indologist and Sanskrit scholar endeavored to explain saying, “Probably Sarpā means all creeping things, while Nāga means the cobra.” There is a description answering that, where the single-hood snake is called Sarpā, whilst the Nāgas having the multi hooded i.e. the many hooded Serpents are called Nāgas and both have divine and sacred attributes. Hence, the word Nāga may apply. “The Serpents or Nāgas which are originally in mythical form, and the word Snake applied to the ordinary reptile creatures.”

The Nagas in Buddhism and Hinduism 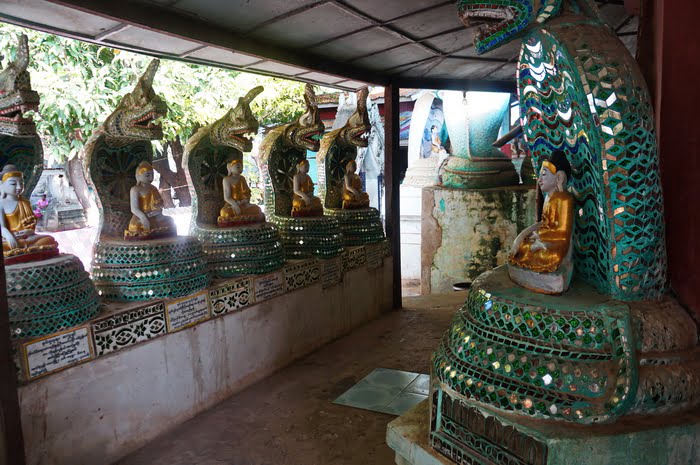