Situated one hour South West of Mandalay lies Myu-U Pagoda in the village of Myo Thar. The area on which the main temple with numerous pagodas and cetis stand is quite large, and a little of the beaten track. Not hundred percent sure if I have named this pagoda correctly due to communication problems.

Much of this pagoda is in a state of disrepair, except for the spires on some stupa’s, which have been more recently been repaired and freshly painted with gold. Outside a newly built spire with four large deva figures stand on a large lotus flower. Some of the stupas and cetis (cetiya) have figures of guardian lions on each corner. The work being done on the stupas would indicate that this monastery has been given some importance to warrant such extensive repairs.

Several new marble Buddha statues have been donated to the Pagoda, many of them crafted in a style that I am not familiar with, they show wide square flattish faces, with large ears similar to the Ava style statues. It would appear that an injection of money through donations in recent times is helping to restore this site. The temple shows a colonial style facade with a gilded spire built on top. The facade of the temple has a large crack running down the centre from the roof to above the entrance, maybe not too long before this crumbles.

Beside the Pagoda is a large wooden monastery which possibly serves a dual purpose for teaching male children the ways of monastic life and housing the young orphans. We were greeted with exuberance by these small children who followed us throughout the tour of the Pagoda, laughing and jostling with each other for attention.

Some of these young boys will become ordained monks and others will follow different paths. 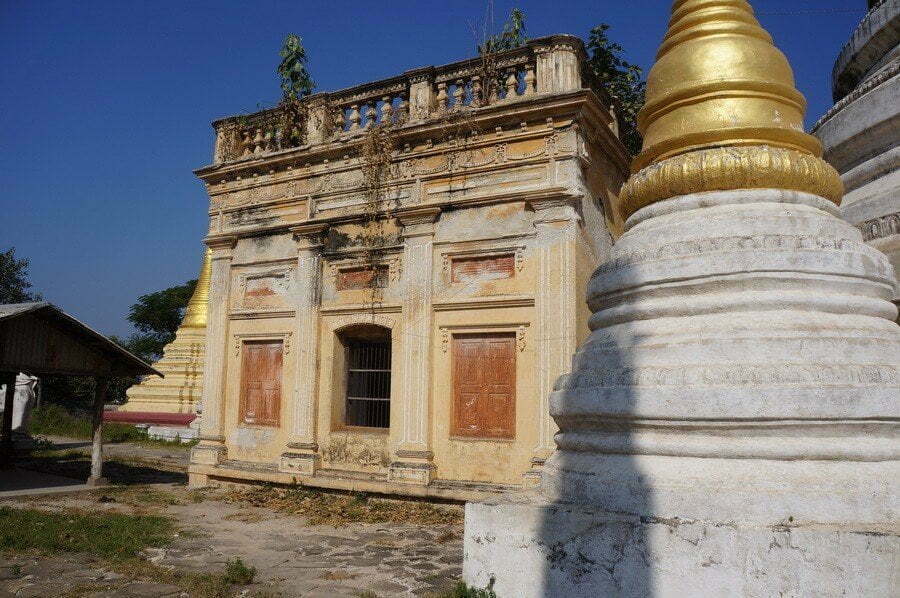