Large Burmese Wood Carving Buddha’s Life Scenes – a beautifully detailed and intricately hand-carved wooden stele, with scenes related to the Buddha’s enlightenment, leading up to his death with the Buddha is seen lying in Parinirvana (top centre), with his disciples around him, a scene that is common to many of these carvings, especially so in the andagu stone stelea.

The central figure of the enlightened Buddha is seen here seated on a double lotus pedestal supported by two large figures of the running Naga Kings. On the left side of the stele (right side if looking face on) in the second tier is Queen Maya, Siddhartha’s mother, holding onto the Sal tree with one hand, and her left arm around her sister’s shoulder for support, her whilst giving birth. The small Siddhartha is seen on the right of Maya taking his first steps after birth.
Read More

The carved figures seen around the outside of the stele are those that relate to the eight weeks prior to his enlightenment, whilst the inside figures represent the events in the seven weeks after his enlightenment. The figures on the lower tier are, monks and other Buddhist deities, with the top tier depicting the elephant and lion, animals that were meaningful in the life story of the Buddha.

The carvings surrounding the central figure of the Buddha are manifestations of the future Buddha’s (Maitreya) and the Buddha with his alms bowl.

TO READ MORE ABOUT THE LIFE SCENES OF THE BUDDHA 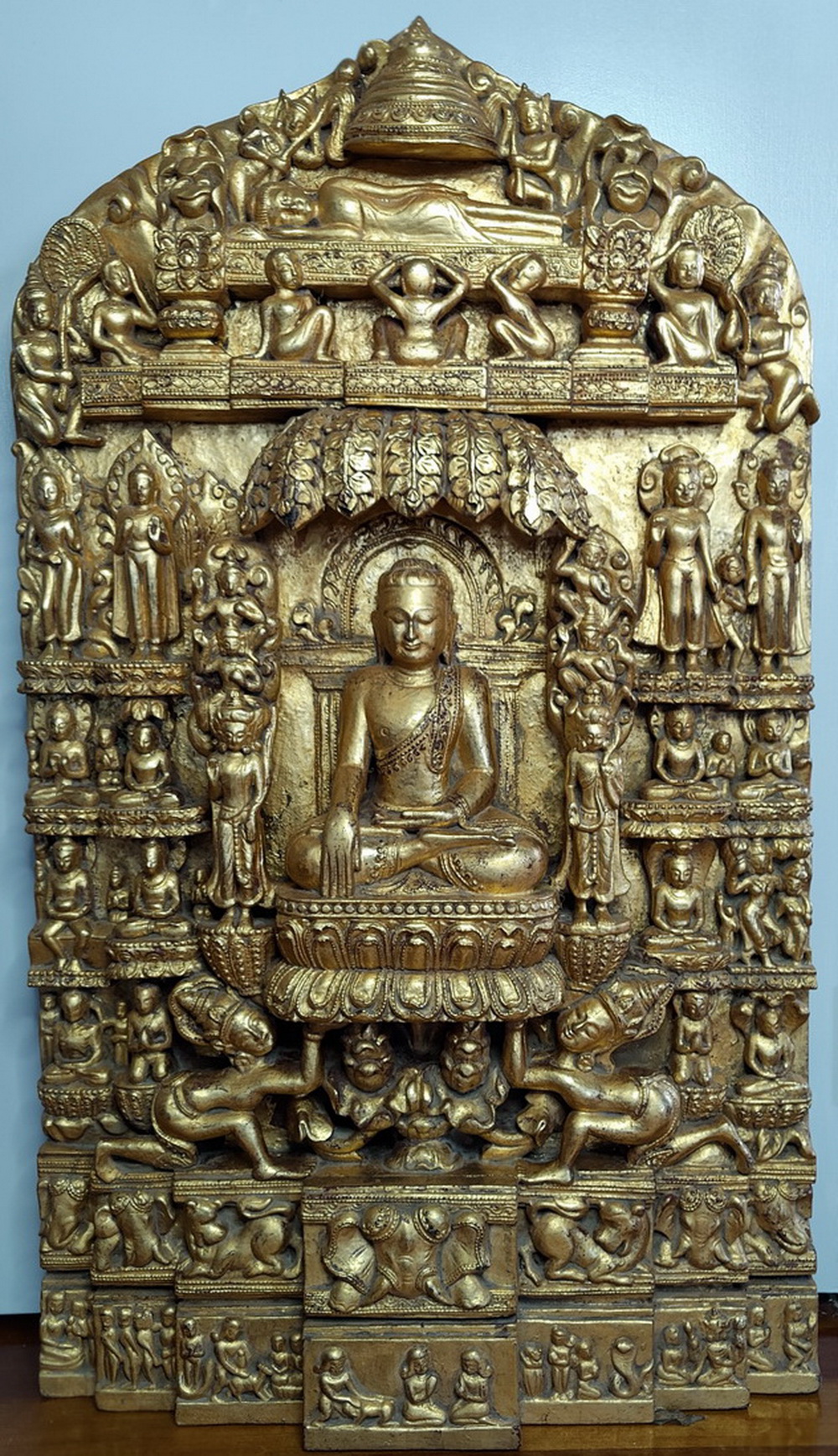