The History of Archeology in Burmese Buddhist Art up until the 19th Century was largely undocumented. Even up until the present times, compared with other countries archeological work still lags behind because of intermittent conflict and closures of the country, having said that there have been several eminent archeologists and scholars within Burma who have contributed immensely to the knowledge available today on historical Burma and was relevant in their time.

Archeology in Myanmar was introduced by the Archaeological Survey of India during the British colonial era. The first independent archaeological survey of Burma was established in 1902, members of the survey were untrained in archeology, although some were experienced epigraphers highly skilled in their field. During the 1950s local archeologists began to carry out systematic excavations in collaboration with foreign researchers and archaeologists.

The first recorded Burmese archeologist was Taw Sein Ko (1864 – 1930), born in Moulmein to a Chinese merchant from Fujian and a Shan princess. He was a talented linguist and prolific writer.

Foreign sanctions placed on Burma since the late 1990s also impeded progress in this area. However, during the 20th century, there have been a few foreign scholars who have had the privilege of being involved in archeological digs and research into Burma’s distant past, one of the more famous of these and whose research on Ancient Burma was Gordon H. Luce, other later researchers such as Dr. Elizabeth Moore who has published several papers and books related to the Pyu sites and bronze age in Myanmar, as well as Pamela Gutman (now deceased 2015).

Pamela Gutman was the first Australian scholar to complete a doctorate in Asian art, becoming an expert on Arakan and Burmese art. She was sent to Burma in 1972 by Gordon H. Luce to decipher ancient Sanskrit inscriptions. Her love of Burma drew her back many times and authored the book ‘Burma’s Lost Kingdoms – Splendors of Arakan’.

A few months before Pamela Gurman died her study of inscriptions from Sriksetra written in conjunction with another Burmese researcher archeologist Bob Hudson (Australian) was published in the Bulletin of the ‘Ecole Francaise d’Extreme-Orient’ which has some scholars revising their views on when Buddhist influences became important in the history of Burma.

Dr. Bob Hudson has researched and written papers on Burmese archaeology for more than 15 years, he was also an adviser to UNESCO and the Myanmar Ministry of Culture for the Bagan world Heritage Bid (2014-2019).

The three volumes “Old Burma – Early Pagan” written by the historian Gordon H Luce in 1969/1970 gives an extensive study of Burmese Buddhist art and architecture in Pagan (Bagan) prior to the 1960s.

Other non-Burmese academics who have written interesting books and research papers on Burma are Claudine Bautze-Picron (Bautze) who has written several papers on Burmese Buddhist art.

Charles Duroiselle (1871 – 1851) was a French-born Burmese archeologist and historian, Pali scholar, and epigrapher. He was involved in over one hundred and twenty excavations of monuments, served as professor of Pali at the University of Rangoon, and co-founded the Burma Research Society, to name just a few of his accomplishments.

Dr. E. Forchhammer Professor of Pali at the Rangoon College and was appointed Government Archaeologist in 1881, he was the first foreign archeologist in Burma. it is he who began the collection of epigraphs. He mentioned at the time of his writing no inscriptions were found anywhere in Burma that does not antedate the middle of the 11th century AD

Forchhammer collected, except for a few, all the inscriptions of Pagan; these inscriptions after his death were found among his papers and were partly edited by Burma’s first recognized Archeologist Taw Sein Ko (1864 – 1930) into modern Burmese characters, he also edited, at intervals, the other volumes, the last appearing in the early part of the year 1913. These volumes, some of which are now out of print, are :

There are many other academics and historians who have researched and published books and papers on Burma whom I have not mentioned here, but this in no way reflects on their quality of writing or knowledge of the study of Burmese Art or Architecture. 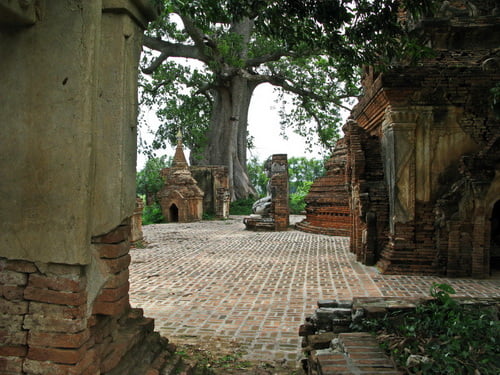