The Earliest Inhabitants of Neolithic Myanmar are assumed to have evolved at Padah-Lin Caves in the Taunggyi district in Shan State. It is considered to be the oldest and biggest neolithic site in Myanmar. It is located near Ywangan in Shan State at the western edge of the Shan Highlands and stretches down southwards to the Taninthayi Range where many limestone caves occur.

Padah-Lin caves are well known for their primitive wall art done in red ochre. In addition tools from the Hoabinian culture have been found within the caves, suggesting that the people were primarily hunter-gatherers. They lived in mainland Southeast Asia and lives in caves and rock shelters. Wall art and stone tools that have been unearthed at the site indicate the antiquity of the Padah-Lin caves. They suggest that they may be the earliest in the history of Myanmar art.

The earliest inhabitants of neolithic Myanmar appeared some 11,000 years ago in the center of the Irrawaddy River valley. They were referred to as Anyathian, from Anyatha another term for Upper Burma.

As in other early neolithic and prehistoric cultures around the world, they discovered that the use of red ochre was a good medium in which to express themselves in their rock art. A lot of the art in Padah-Lin caves is seen in the deeper recesses of the caves. For this reason, scholars have speculated that this early artwork likely had spiritual, religious, or magical connotations.

There is a network of three caves located near Taunggyi at the edge of the Shan Plateaus, they are dated to 10000 to 6000 BC., with the most complex of these, the Padah-lin cave which contains wall paintings of animals. This Neolithic or New Stone Age was also the period in which animals and plants were thought to have been domesticated as well as tool making.

Around 10,000 B.C., distinct ethnic groups emerged in southeast Asia, who were influenced by the different cultures from the previous 30 millennia.

It is estimated that around 7000 – 2000 B.C. Neolithic people lived in central Myanmar Kachin State, Shan States, Mon State, Taninthayi Division, and along the bank of the Chindwin and Ayeyarwaddy rivers.

Taungthaman is positioned close to the nineteenth-century town of Mandalay, on an alluvial terrace by the Irrawaddy River and within the walls of the eighteenth-century Amarapura. Excavations show activity by prehistoric man in Taungthaman near Mandalay that date to the late Neolithic period around 5000 B.C., up to the early iron age, and into the middle of the first millennium.

By the second half of the first millennium BC, a new developmental phase began in the dry zone of Burma referred to as the early Bronze – Iron Age. These cultures shared practices and methods of production with various neighboring communities.

The burial methods during this time resembled those of Thailand and Cambodia.

Iron working technology was most likely introduced into Myanmar from India or other parts of Southeast Asia. Ceramic forms and decoration correspond to the sophistication of the bronze–iron Age levels at Ban Chiang in northern Thailand and at Samrong Sen in Cambodia. Numerous beads have been excavated that stylistically resemble those imported from Tamil Nadu in India and Andrha Pradesh.

The people of Neolithic Myanmar

The earliest inhabitants of Arakan were Negritos. They are mentioned in the chronicles as Bilus (cannibals). The Bilus are thought to be the direct Neolithic descendants of the Arakanese. Later, waves of peoples of various races came into Arakan from the north. Later came the Saks and Mros, followed by the Daingnets, Khamis, Chins, and the Chaungthas.

The Mons who first arrived in Myanmar migrated south along the Ayeyarwady, Sittaung, Mekong, Thanlwin, and Maenam rivers and built their settlements around the mouths of the rivers. The tribes include Wa, Tai, Palaung, Yao, Padaung, and Mon

The Mons are considered the indigenous inhabitants of lower Burma and established the capital at Thaton, strategically located for trade near the Gulf of Martaban and the Andaman Sea.

Tibeto-Burmese migration came from the North, they include Kadu, Lashi, Atsi, Rakhine, Chins, Kachin, Sing-Po, Lisu, Lahu, Kaw (Akha), and Ako. The second group of Tibeto-Burmans migrated to Burma, coming from eastern Tibet along the Bramaputra River to Assam and Burma. They belong to three groups:

The Pyu, who spoke a Tibeto-Burman language, began establishing city-kingdoms in the northern part of Myanmar between the 1st century BC and 800 AD 800, whilst the Mons settled in southern Burma.

The forebears of today’s Burmese settled in Upper Burma (500-200 B.C.). The Tibeto-Burmans had inherited some measure of civilization from their Chinese cousins, but their independence and way of life were threatened by the growing Chinese state. Preferring physical hardship over slavery moved on. One tribe, the Tibetans, headed west into Tibet while the rest marched across the mountains of Yunnan and northern Burma to reach the Irrawaddy Valley.

From here the tribes spread to the surrounding areas and formed around 167 BC. a confederacy called Pyu.

Another group of Tibetan-Burman speakers, the Burmese, had also settled in the arid lands to the north. Its centre was the small settlement of Pagan on the Irrawaddy River. By the mid-ninth century, Pagan had become the capital of a powerful kingdom that would unify Myanmar and the period in which Buddhism became the formal religion of Burma.

All of the Arakan chronicles mention the arrival of an Indo-Aryan people from the Ganges valley and the founding of the cities of Dhanyawaddy and Vesali. The Indian chiefs who arrived likely ruled over the native population and gradually imprinted their culture and religion on them.

The Arakanese Chronicles date the history of Arakan to 5000 BC. When two waves of migration from the eastern part of India converged at Kira-brin, sixteen miles north of Mrauk-U, one group settled at Dwarawaddy (Thandway). Later, Thandway’s group dispersed and joined Kira-brin’s group to form Vesali.

In 3327 BC, savages (Rakkhaik) seized Vesali and left it without a ruler. According to ancient Arakanese chronicles, King Marayu, the son of an Indian prince was the first of the Kings to rule Dhanyawaddy and Vesali. He established the first city of Dhanyawaddy on the east bank of the Kaladan and began to rule Rakhine from 3325 BC.

The dynasty set up by King Marayu ruled until 1059 BC. During this period there were three instances of disposition with seven rulers outside the dynasty ruling for twenty-three years.

According to Arakanese chronicles, the first city of Dhanyawaddy located on the east bank of the Kaladan was founded by King Marayu (3325 BC) who conquered Arakan and was the son of a prince from Kapilavastu.

Founded by King KanYan Raza Gri / Kammaraja and served as the royal capital until 580BC.

The Anandacandra stone inscriptions at Shitethaung temple date the founding of Vesali to 350 – 370 AD.

Founded by King Kanrazagyi and ruled by twenty-eight kings, one of the most notable was King Suriya who reigned during the second century. During his reign, the famous image of Buddha known as the Mahamuni image was cast.

The Arakanese chronicles claim that their kingdom was founded in 2666 B.C., they contain lists of kings stretching back to that date. Inscriptions have been found that mention an ancient empire in the area (as old as 350 A.D.), but they are written in Sanskrit, suggesting that Arakan’s founders were Indian, not Tibeto-Burman.

The Arakanese Buddhists of Myanmar have their own dialect and customs. They are separated from the parent group in central Myanmar by the Yoma mountains. They have had a lineal succession of as many as Two hundred and twenty-seven princes and claim that their empire once extended across Myanmar into China and Bengal.

The Golden Mrauk-U  By U Shwe Zan 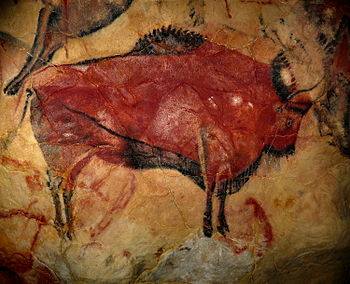