19th Century Burmese Yadanarpon Buddha seated on Elephants. Each elephant converges into two rear views of the elephants.  (Early Mandalay period). This Buddha statue is shown with a frilled lapel seen in most Mandalay-style statues with hair curls carved into the stone.

In Buddhism, the elephant is a symbol of mental strength and is a popular animal represented in Buddhist iconography such as this bronze Buddha statue where the Buddha is seen subduing the elephant and is frequently seen in the Burmese andagu stone stele where the elephant is sometimes seen kneeling at the feet of the Buddha.
Read More

Yadanarpon in Mandalay was the last capital of Myanmar’s Konbaung dynasty, founded six days after the full Moon of Kasone in 1859 AD. Whilst historical records state that the city was established through the contributions and involvement of King Mindon, his younger brother Prince Kanaung also played an important role in shifting the capital from Amarapura to Mandalay. 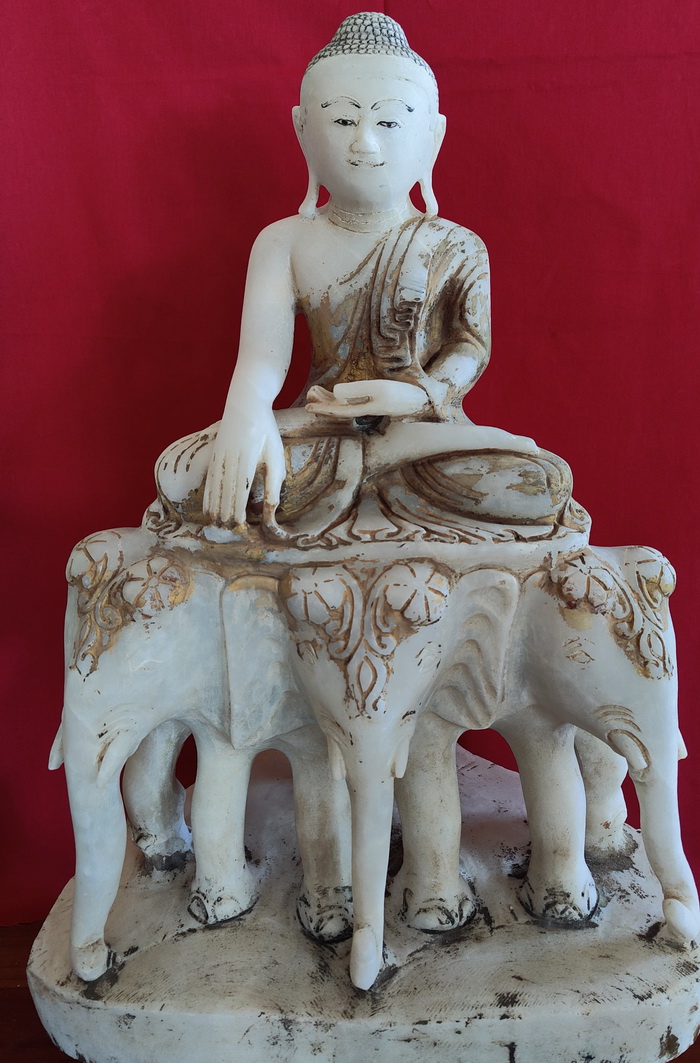