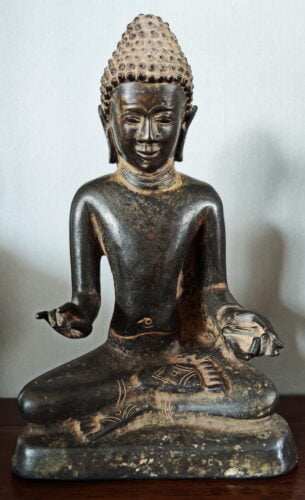 Burmese Pyu Buddha Statues of any size are extremely rare. The Pyu were a civilized and highly cultured Tibeto-Burmese tribe, they established the small city-states of Beikthano, Sri-Ksetra, and Mongamo, and a few others in the Irrawaddy Valley during the first century AD. Sri Ksetra in lower Burma is considered to be the main Pyu site and is the richest Pyu site archaeologically, although there are still a lot of areas that haven’t been excavated.

Some of the Buddhist-related items excavated at the Pyu sites of Sri Ksetra are terracotta votive tablets with images of the Buddha seated with the hand gesture in bhumisparsa mudra, some with a script written on the back. A set of pure gold leaf kamavaca consisting of 20 leaves on which the Buddha’s original teaching was written in Pali language, Mon stone tablets with inscriptions in Mon language with Pyu alphabet, five bronze dancing statues found near Pha-ra-mar pagoda in Sri  Ksetra city, bricks inscribed with the Brahmi alphabet.

A few bronze statues of the standing Buddha cast in the late Pyu era were found whilst digging to grow plants in the compound of a Buddhist monastery in Kan-Bee village near Twante in the Yangon Division. One of the more famous Buddhist items found was the silver Banyan tree-shaped container which was found in the shrine room of the ancient ruined mound of a pagoda in old Sri Ksetra on which “Pu Brahmi Pyi Taw” is inscribed around the bottom of the rim, translated means “Pyu Brahmar city”. This artifact is now housed in the National Museum of Myanmar in Yangon.

Some ruined temples and ceti in Sri Ksetra still house the remains of some Pyu sandstone Buddha statues built into alcoves.

Due to internal upheavals in the past 100 years, and after 1964 Burma was closed to the outside world for many years, although later a  handful of Western archeologists had the privilege of assisting local archeologists on ancient sites. In present-day Myanmar the Pyu cities are still hiding a lot of secrets and still waiting to be discovered.

The Pyu were weakened by Chinese invaders in 832 A.D., whereupon some 3,000 Pyu were taken back to China, with some remaining Pyu people surviving into the 11th Century, after which they integrated with the Burman.

It is thought by scholars that the Andhra region of southern India was the source from which the sculptural style of the Pyu art emerged, this view is strengthened by recent interpretations of the epigraphic and textual evidence of the Khin Ba inscriptions which stemmed from southern India in the second half of the fifth century.

The Pyu offered an alternative trading route between China and India from the Northern part of Myanmar, crossing the Chindwin Valley down the Irrawaddy to their capital city Sri Ksetra, thus taking advantage of the northern edge of the Delta’s access to the various maritime routes to India and Southeast Asia. 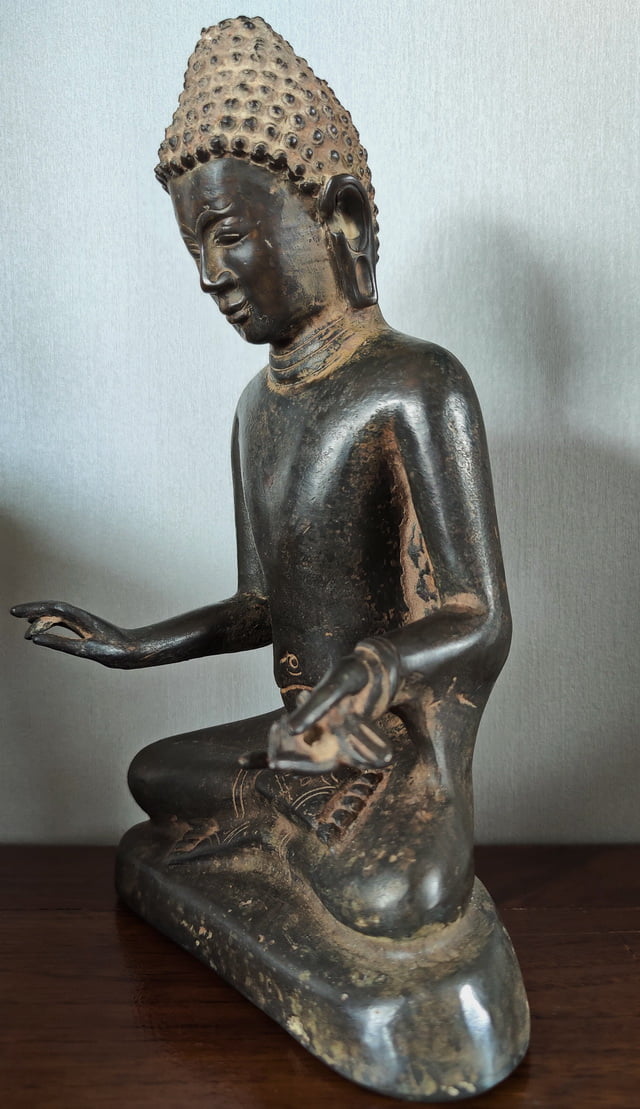