This is a large Burmese Puppet Mythological Garuda Bird dressed in the clothing of one who is held in high esteem in Burmese Myth and folklore is a work of art with hundreds of sequins stitched into the cloth, with glass beads and thayo lacquer decoration emphasizing the bird like face.

In Burmese folklore the Garuda bird is referred to as Galone or Nan Belu, also known as the city demon when presented in Burmese Puppet shows. Nan Belu is considered more powerful than his rival the forest ogre also referred to as Taw Belu, Jungle demon or forest ogre, these puppets are usually presented together in Burmese puppet theatre shows.

Because of Garuda’s great strength, he is represented as one of the one hundred and eight signs in the footprint of the Buddha and is referred to as Supanna-raja or Galon King.

The Garuda is symbolic not only in Burma but also in many other South East Asian countries such as Indonesia and Thailand and is depicted in a variety of ways by the various religious groups. He is most often seen with the wings of an eagle on the upper body, whilst the lower part of the body takes a human form. Garuda typically has two or four arms, and his various adornments include earrings, anklets, and bracelets.

In mythology, the Garuda is sometimes seen carrying in his hands either the emblems of Vishnu or the pot of Amrit (Sanskrit), or Amata (Pali), said to contain the nectar or water of immortality. 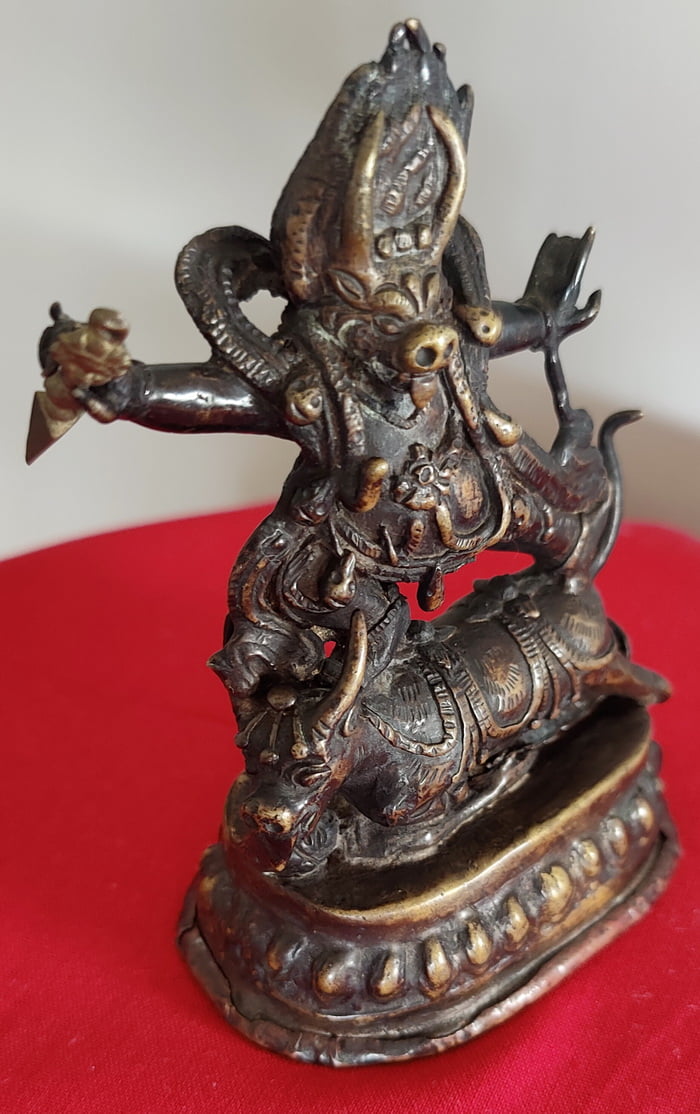