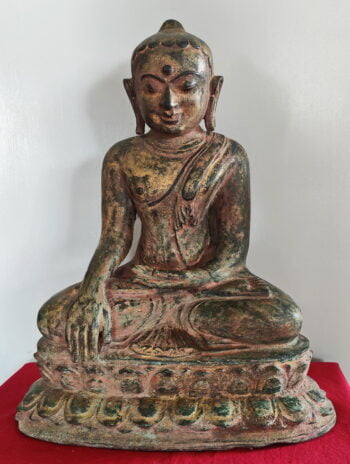 Burmese Pagan Style Buddha Statues, iconography, and wall murals found in many Bagan (Pagan) temples were influenced by visiting Buddhists from India and Sri Lanka during the first Millenium. A few of the paintings on the walls of some Pagan temples are still relatively well preserved, many with a Hindu flavor depicting semi-clad ladies dressed in the clothing of the period, images depicting Vishnu and his consort Lakshmi and scenes from the famous Indian epic love story “The Ramayana” are represented in some of the wall murals.

It is likely that the wall murals in the temples of Bagan depicting Vishnu are due to the influence of the Mon from lower Burma (Thaton), who in turn were influenced by iconography from India, where they adhered to a Vaishnavite cult as well as Buddhism introduced through their contact with traders and Buddhist missionaries from the early part of the first millennium AD. when trade with their Indian neighbors from across the Bay of Bengal through the Port of Thaton in lower Burma was vibrant.

The Mon believed to be of Chinese origin were the first immigrants to settle in Thaton in lower Burma, whilst the Pyu of Tibeto-Burman origin were occupants of upper Burma. The remaining ruins of the great Pyu Kingdom can be found on the outskirts of Pyay (formerly Prome), south of Pagan, and well worth a visit.

Although Pagan was founded around 156 A.D., the building of Pagan, commonly referred to today as Bagan, was according to the glass Palace Chronicle built between 849-850 A.D., and fell in 1284 A.D., although these dates are inconsistent.

The Kingdom of Pagan reached its zenith during the reign of King Anawrahta from 1044 – 1077 A.D., during this time he formalized the Theravada school of Buddhism and proclaimed it as the main form of worship among his people, taking into consideration the animistic beliefs held by his people at the time, he conceded to include a pantheon of 37 Nats. 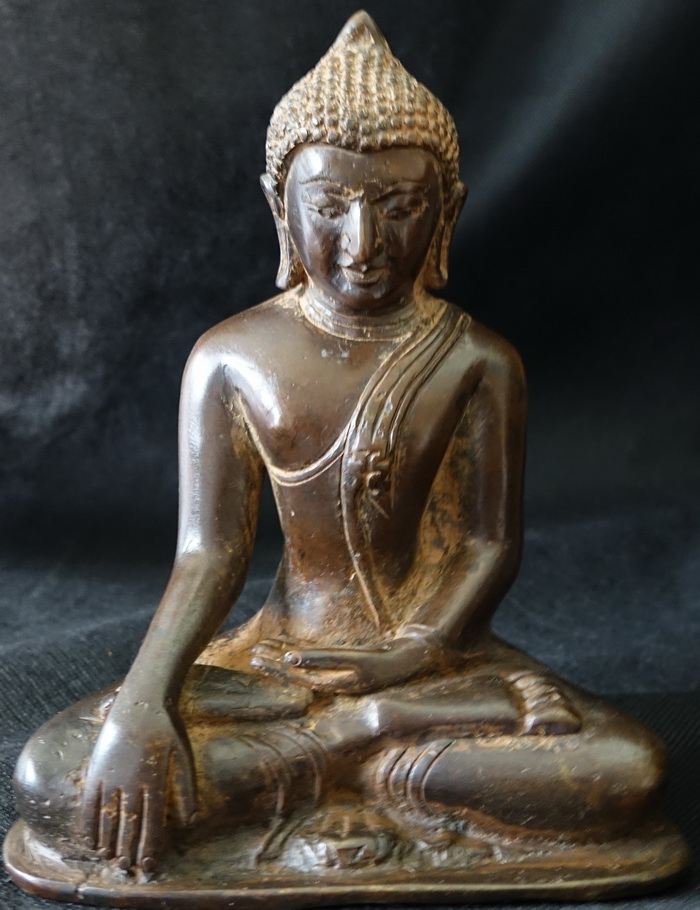