Burmese Ancient Capital of Innwa  – The name Innwa/Inwa literally means “mouth of the lake”, it is situated at the mouth of the lakes in Kyaukse District and is a division of Mandalay. The city’s classical name in Pali is Ratanapura “city of gems”.

Up until 1276 AD, Burma’s first charter kingdom at Pagan was still waging war against the Chinese of Yunnan. Incursions into upper Burma by the Yuan-Mongol dynasty (1284, 1287, 1300-01 AD), eventually weakened Pagan. Eventually, the power in Upper Burma passed from Pagan to two centres at Sagaing and Pinya.

After the departure of the Yuan-Mongol the Tai up-scaled their attacks on upper Burma, this caused greater social and economic disruption than the Chinese invasions. This threw Burma into a period of crisis which eventually led to the founding of the Ava dynasty (1359 A.D. – 1368 A.D), which became the main capital.

After the fall of Pagan/Bagan, Thadominpaya a Burmese nobleman seized control of what was left and moved the centre of operations to the Irrawaddy and Myitnge rivers where they join. At that juncture in 1365 AD, he founded the royal capital of Innwa (Ava), which was to become the capital of Burma for three hundred and sixty years. Due to frequent raids by rival Shan groups it was eventually destroyed in 1527, this gave way to the Toungoo Dynasty which still ruled from the Ava Capital up until 1752 AD.

The kings of Pinya (1309-1360 AD), Inwa (1365-1555 AD), and Konbaung (1752-1885 AD), conserved and restored some Buddhist monuments that were built during the Pagan period, and continued to build more religious monuments as works of merit in the Bagan region. It was during this period that Buddhist art excelled, most Buddha statues were gilded, some inlaid with gems or glass mosaics, others dressed in royal attire and wearing a crown and were referred to as a Jambhupati style or Royal King Buddha statue.

There are only a few ruins left in the royal cities of Innwa and Ava today, many buildings which were built later were destroyed in the 1838 earthquake.

Min-gyi-nyo (r.1486-1531) occupies an important place in Burmese history as the first king of the First Toungoo dynasty of Burma (1486-1599). After Min-gyi-nyo’s death in 1531 mainland Southeast Asia rapidly became the stage for large-scale expansionary warfare. This warfare unified what for hundreds of years had been separate isolated zones of Burmese and Tai political control. The Toungoo Dynasty rapidly established control for a short time over such far-flung states as Ayutthya, Lan Chang (Laos), and the Chinese Shan states. As a result of these wars, the Burmese state expanded to a size that it has never matched again. (Referenced: Jon Fernquist – Min-gyi-nyo, the Shan Invasions of Ava (1524-27), and the Beginnings of Expansionary Warfare in Toungoo Burma: 1486-1539

In 1634 Ava again became the capital under the Toungoo dynasty, only to fall into the hands of the Mon in 1752 which was short-lived after being pushed back again by the Shan.

In 1753 King Alaungpaya regained control of Ava but chose to move the capital to Shwebo, just 60 miles further north founding the Konbaung dynasty.

The Konbaung dynasty also referred to as the Third Burmese Empire was formerly known as the Alompra dynasty and was the last dynasty that ruled Burma. 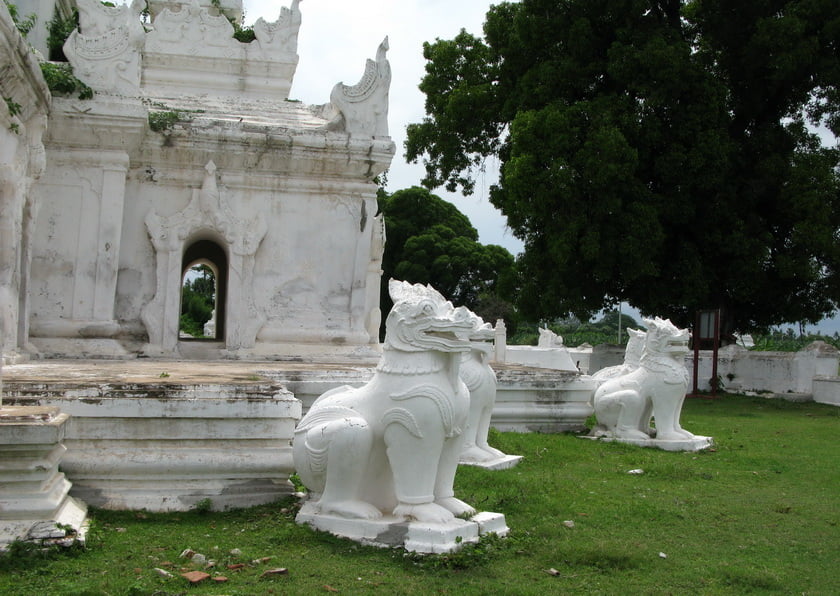