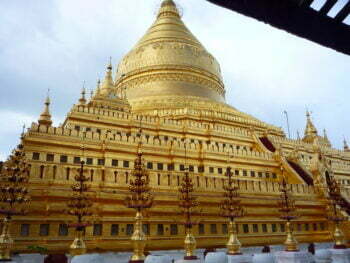 Before Shwedagon Pagoda In Burma

Before Shwedagon Pagoda In Burma – Begins with the story of the merchant Taphussa, it could be said he was the instigator of what has become one of the greatest monuments honoring the Buddha, the pagoda referred to as Shwedagon in Yangon.

There are several accounts according to myth and legend regarding Buddhism in ancient times in Myanmar related to the time when the Buddha was still living. The oldest account of Buddhism having reached Myanmar is related to the story of two merchant brothers Taphussa and Bhallika from Ukkalapa village in Ramanna Desa, which would indicate that the existence of the Buddha was known in Burma during the Buddha’s lifetime.

The two brothers on hearing about the Buddha wanted to see him. On meeting the Buddha, he preached the Dhamma to them. When the Buddha had finished his teachings he gave to the two brothers eight sacred hairs from his head and seeds from the Bodhi tree under which he attained enlightenment.

Between 1472-1492 AD a stone inscription written in old Mon was dedicated by King Dhammazedi of the Hanthawady Kingdom to the Shwedagon pagoda. On the inscription, it is mentioned that Bhallika after meeting the Buddha became a monk, whilst Taphussa at the time the Buddha was in meditation at the foot of the Rajayatan Lin Lun tree in Uruvela Forest, in the Maha Sakarit year 103, returned to Ramanna Desa (Mon country).

On his return to Mon country, Taphussa built a Ceti to honor the Buddha on what was then known as Tampaguta hill, now referred to as Shwedagon Pagoda where they enshrined the eight sacred hairs of the Buddha inside. Over time the Ceti became overgrown with vegetation.

Two hundred and thirty five years later, and after the Buddha entered into parinirvana (died), and during the reign of King Thirimathawka, the Ceti built by Taphussa was discovered by Maha Theras Shin Sona and Shin Uttara who declared it a sacred site, this Ceti has now grown into what is now known as the Shwedagon Pagoda in Yangon.

The Arrival of the Tipitaka in Bagan

The Buddhist teaching referred to as the Tipitaka translated and written in Sri Lankan language was the first written form of the Tipitaka introduced into Myanmar, it was presented to King Dhammapala of Thaton in lower Burma around 386 A.D. (Buddhist year 930).

From the arrival of the Tipitaka in 386 A.D. until 1057 A.D. Buddhism flourished but went into decline due to famines, wars, disease, and civil unrest, this is also mentioned in the inscription on the Kalyani stone plaque in the Shwedagon Pagoda.

Archaeological evidence unearthed in the ancient Pyu City States such as Beikthano, Halin and Sriksetra testify to the presence and practice of Buddha Sasana from the 1st century and was practiced mostly in Sriksetra,  Vesali, in Rakhine state and Ramanna Desa.

Many archeological finds such as terracotta votive plaques with images of Vishnu and the four headed Brahma indicate that the Mahayana form of Buddhism practiced in India co-existed with Theravada Buddhism in Myanmar.

There was a Buddhist revival when King Anawrahta of Bagan with the help of Maha Thera Shin Arahan a native monk from Thaton brought the Tipitaka to Bagan making a concerted effort to formalize the Theravada school of Buddhism and to make it the main form of worship in the country, resulting in the beautiful monuments seen in Bagan today.

Before Shwedagon Pagoda in Burma there was an abundance of stories, myths, and legends surrounding the iconic Shwedagon Pagoda. This website gives a nice concise history with a panoramic view from the air

Before Shwedagon Pagoda In Burma 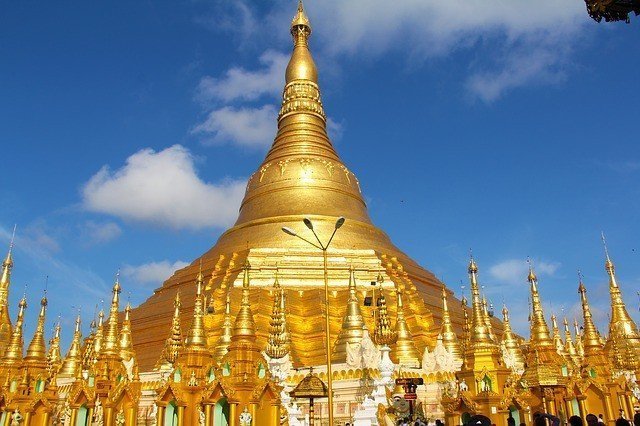