A pair of Antique Burmese Hollow Lacquer Monk Statues kneeling on lotus pedestal with hand together in prayer, estimated age between 18th and 19th century.

Usually two similar Burmese monks seen as a pair indicate that they are likely the two chief disciples of the Buddha, Maudgalyayana and Sariputra also referred to as Upatissa. 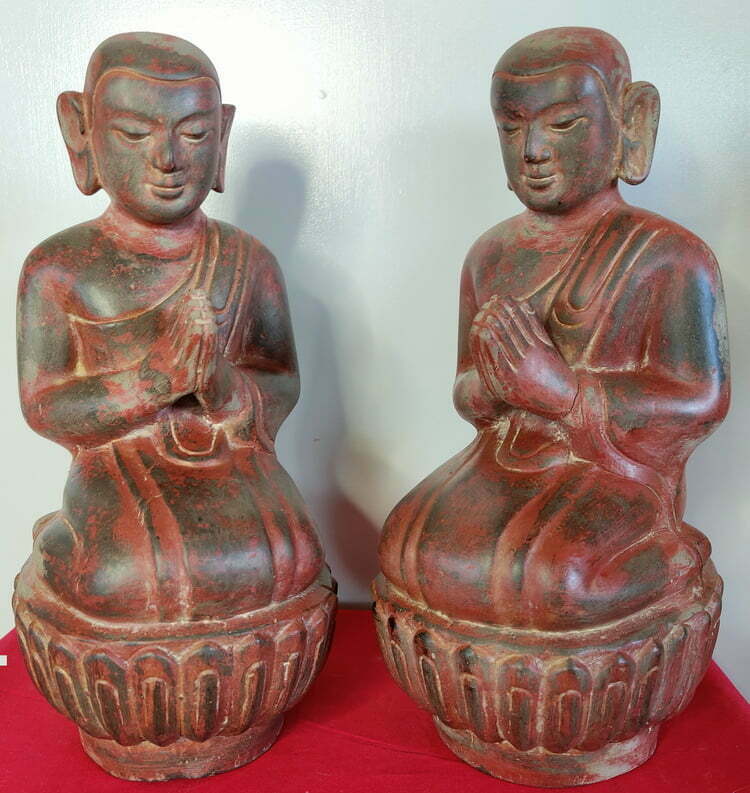