Andagu Stone Burmese Buddhist Iconography shows the central figure of the Buddha seated on a double lotus pedestal flanked by his two chief disciples Sariputta and Moggallana, both dressed in simple monks’ robes. Above the central figure of the Buddha is the dying Buddha (in Parinirvana) lying on a bed, flanked by two seated Maitreya (future Buddha).

Some larger andagu stone steles or plaques found in Burma show up to eight events in the life of the Buddha. These events are usually situated around the central depiction of the Buddha’s moment of enlightenment, where he is seen with hand gestures in bhumisparsa mudra, referred to as touching earth, the moment when the Buddha attained enlightenment.

It is unclear where this yellow-beige pyrophyllite stone referred to as andagu stone came from. Some scholars seem to think it came from China, others from India, apart from these small sculptures no other iconography in Burma has been produced since with this particular stone. The carvings made from this stone are small and intricately carved, usually not more than 30cm in height.

Andagu stone carvings have been found in Pagan, some in Mandalay, and some in Rakhine State. During the Pagan period, eight scene steles were also cast in bronze and are extremely rare. 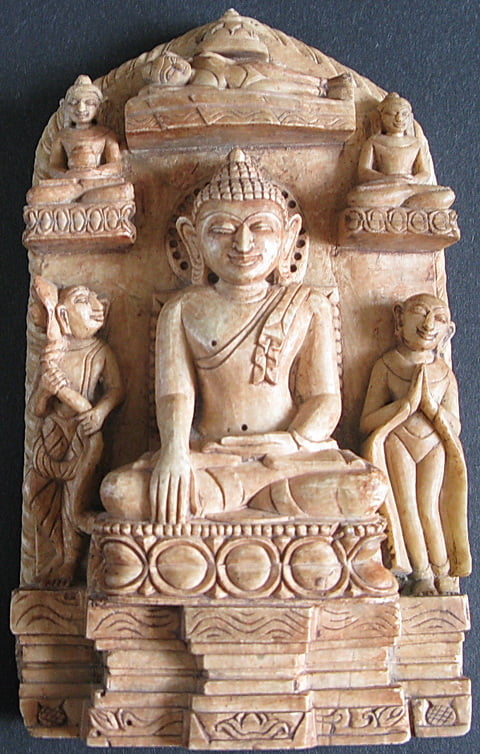