19th Century Pair Bronze Burmese Monk Statues seated in a non-meditative position with stone eyes. Monk statues are frequently seen in pairs, they represent the Buddha’s chief disciples Sariputta and Maudgalyayana. Sariputra was born into a Brahmin family in Upatissa near Rajagriha and Maudgalyayana was born in Magadha in today’s Indian state of Bihar.

Although the Buddha had many disciples there were special disciples that played prominent roles in his life. Depictions of the Buddha frequently show him surrounded by five of his chief disciples known as Kaundinya, Ashvajiti, Vashpa, Bhadrika, and Mahanaman, these disciples were believed to be his ascetic companions for six years.
Read More

According to Venerable S. Dhammik, an ordained monk for well over 40 years, and former spiritual advisor to the Buddha Dhamma Mandala Society in Singapore, the author refers to the Buddha’s first two chief disciples as the merchants Tapussa and Bhallika.

One day these two men passed by the outskirts of a village in Bodh Gaya when they saw the Buddha meditating. Impressed by his serene and peaceful demeanor they approached him with offerings of food. After the Buddha had finished eating the merchants asked if they could become his disciples and his Dhamma, at this point the Sangha had not yet been formed. The Tipitaka contains almost no other information about these two individuals.

In the Anguttara Nikaya (Buddha’s sayings) the Buddha describes Bhallika and Tapussa as “the first persons to take Refuge and in the Theragatha (verses of Elder Monks), there is a verse by Bhallika, although it is not certain if this is the same Bhallika as the one who met the Buddha at Bodh Gaya. 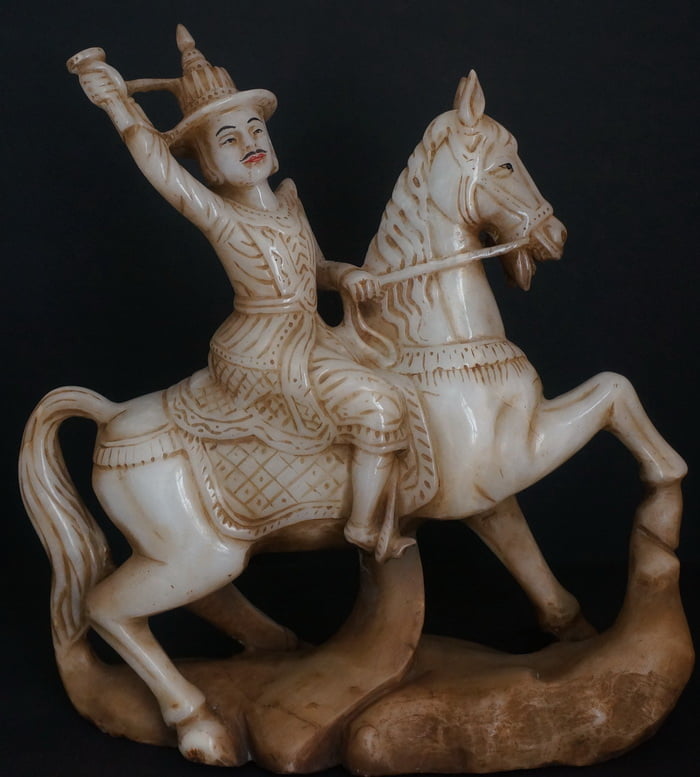